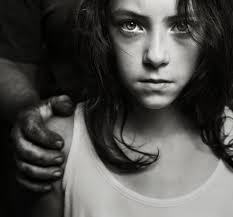 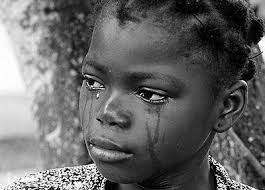 This post will be difficult-difficult to write without tears and surely difficult to read without compassion and conviction. The sex trafficking and exploitation of young children and teens in our country is a harsh and relevant reality. The numbers are staggering, the stories heart breaking and the victims often unheard. It is easier for us to turn a blind eye to the crisis or throw a buck or two in the direction of organizations on the front line of this war than to take the time to ponder the dark facts and undeniable truths associated with the sexual exploitation of child-sex for profit. The best of bloggers can not come up with the right vernacular to adequately describe the horrors these kids face on a daily basis. But we can no longer turn the other way.  We can’t choose the safer arguments of worship styles, denominational differences or Biblical prosperity theology and ignore the victims of these heinous crimes, those which our Savior eluded to in his description of “true” religion. We need to endure the pain of knowledge and the sting of disclosure so we can respond with compassion and tearful prayers for the rescue of these precious souls.

A good friend of mine, Mike Bartel, and his wife operate an organization called F.R.E.E. International–Find, Rescue, Embrace, Empower.  This week he and his team are in Phoenix working in conjunction with the local F.B.I. to locate and recover young girls who have been reported missing and are expected to be “working” the Super Bowl. The miraculous and yet tragic truth is each year many of those they fear will be on hand are indeed found and rescued. F.R.E.E. actively engages the local High Schools by educating them on the issue through Say Something assemblies.  Their street teams are working the surrounding areas and hotel districts handing out cards with missing girls pictures on the front and their bios on the back, hoping someone will recognize them. I have worked with F.R.E.E international and wholeheartedly endorse their work and their efforts. They are one of several organizations who have seriously taken up the call and subsequent challenges of finding these kids and making a difference in their lives through their rescue and their restoration. 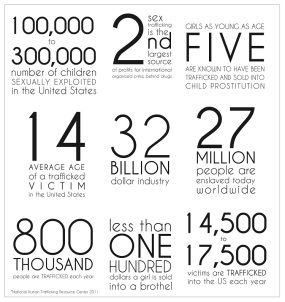 The stats above need no explanation. Upwards of 300,000 young people and kids are sexually exploited each year for profit, just in the U.S.  It is 2nd only to drug trafficking in illegal profits, a whopping $32,000,000,000.00 industry-yes, that’s billions. The average age of girls forced into prostitution slavery is 14, and they have been rescued through sting operations at the age of just five years old! Imagine for just a minute that this isn’t some impoverished girl taken from a run down city park on the wrong side of the tracks, but this is your daughter or granddaughter, your flesh and blood, kidnapped on her way to school or church. The tendency is to believe these girls and this issue is a foreign crisis, choosing to ignore that this is happening in our backyards, under our noses to parents and grandparents we may actually know or worship with each week. Cities where children are routinely kidnapped and put into sexploitation include Miami, Las Vegas, L.A., Chicago, Atlanta, San Francisco, New York, Dallas and others.  If you think your children are safe, you are deceived.

So why am I writing this article now?  There is a big game coming up this weekend.  Major sporting events are proven to be hubs for the trafficking of minors.  Read this excerpt from an article put out by Global Centurian regarding the Super Bowl:

“From scantily clad cheerleaders to groupies to VIP parties, sex and sports are linked in contemporary society.   With no wives or girlfriends in sight, the adrenaline and alcohol fueled fans has the potential to create a concentrated demand for commercial sex. Unfortunately, this demand is sometimes being met by trafficked persons. Some of these victims will be underage — as young as 11 — who have been trafficked into prostitution, as well as other young women who have become ensnared in sexual servitude for a variety of reasons. A case in point: earlier this year in Florida, a number of arrests were made on charges of sex trafficking. In one case a Hawaiian man was caught trafficking an 11 year old child. As more cases are uncovered, the correlation between commercial sex trafficking and major sporting events is being documented.”

It is estimated that solicitations for sex will be equal to the number of tickets sold for the game, with many involving under aged children. Many of these kids have been kidnapped and forced into prostitution against their wills. Many were kicked out of their homes or ran away and left homeless with no resources to rely on but the offering of their bodies just to be able to eat.  Some ran away and were befriended by those who at first provided them with basic needs and then guilted them into paying back the “kindness” shown by working the streets. Don’t be naive enough to believe they have chosen this lifestyle, at least not initially.  Do many remain after being forced into it?  With no family support, with no formal education, many with no high school diploma or G.E.D. and having known no other life, the sad answer is yes. They are slaves to their condition as much as anyone can be.  The thought of one of my granddaughters existing in this manner tears at every fiber within me and should tear at you as well if you have a heart. Books could be written describing the facts, the statistics, the horror stories of those fortunate enough to be rescued, and sadly the staggering number of our kids taken from our country and solicited abroad never to be seen or heard from again. Our hearts cry out, God have mercy!

So now that we are aware of the evils of this industry from both the supply and demand side, let’s choose to be active in aiding and supporting the efforts to find our kids and restore them to normalcy through rescue and empowerment campaigns, through donations of time and money, and through keeping them in our daily prayers.  If you want to be involved, find an organization in your city where you can volunteer.  If you know of none, let me recommend F.R.E.E. International.  You can find them at

God, help us to be aware and active and diligent in aiding the children you love so much.  May the things that tear at your heart tear at ours as well and spur us to activism in your name.