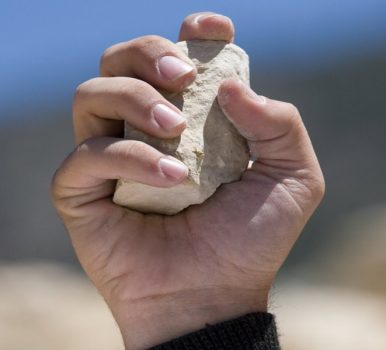 Last week many of us were somewhat shocked to read that Israel Houghton and his wife Meleasa have divorced after nearly twenty years of marriage.  Together they formed New Breed and have won numerous awards including several Grammys.  Israel is also the Worship Leader for Joel Osteen’s church.  The author of Friend of God and other Worship standards heard in many churches today implied through his confession on social media that he had stepped out on his marriage a few years back and had broken the trust and the covenant he made to his wife and to God. His confession was to serve as an apology to his fans, a request for mercy from the church and a warning to believers everywhere that those of us involved in ministry are vulnerable to vicious attacks by the enemy, and subsequent attacks by unsympathetic siblings in Christ.

As you might imagine the social media outlets were lit up in response to the news.  Most I’ve read showed mercy and love to the Houghtons, careful not to judge lest they become victims of their own indiscretions. But others were quick to condemn their marital failure citing scriptures and offering Monday morning quarterback type feedback to a situation they have never faced, the ugliness of divorce in the church. It’s simply amazing to me how we can be so merciless and judgmental when it comes to publicized failures within the church body. We place God on our lap like a ventriloquist puppet and utter “Thus sayeth the Lord” quotes just as damaging as the practice of stoning in Biblical times. We hide behind a scripture all the while holding the heaviest stone we can loft. What we fail to realize is that the Houghtons and others like them have already been stoned by the unrelenting attacks of  spiritual warfare.

Do not misinterpret my sentiments-I strongly believe that vows made to each other and before God to love in good times and bad, better or worse until parted by death are sacred and should be entered into solemnly and broken only with great angst.  The fact that divorce within the church is nearly the same as outside it is another issue for another day. But it’s highly hypocritical to stand in judgment over things one has not personally encountered, especially when each of us have our own skeletons hidden away.  Jesus was very clear about this in John when He uttered the famous quote about “he being without sin casting the first stone”. Israel made it clear that he and his wife had attempted for several years to overcome the demons of his indiscretions-there had been some attempt at restoration.  Only those closest to them know why it wasn’t successful enough to save the marriage. We have no idea the lengths they went through, the prayer, the counseling, etc. It is disappointing indeed but there are some insights I’d like to offer with all humility.

When I played ball back in the day we would scout the opposing team.  We knew who their best defenders were and we knew who their leading scorer was and how he was going to get his points. So we would key our defense to that player to limit his effectiveness on the court and enable us to overcome the opposing team by rendering their offense ineffective. Pastors, clergy and worship team members are leading scorers.  That is in no way to imply we are more important as each member of the body plays a role, but simply more visible. Our job is to encourage, exhort and lead others into the courts of praise through music and through the spoken Word. When one of us fails it has a ripple effect through those who look to us as spiritual leaders.  Consequently we ae always in the cross hairs of the enemy who is just waiting for the right moment, the right compromising decision, that area in our armor that is most exposed to damage if attacked.  With most of us that would be our marriage or our families. What better victory for our adversary than a pastor having an affair of a musician addicted to substance abuse or, fill in the blanks. It can be a crushing defeat for many.

This should also serve as a warning that we may not be as strong as we believe.  An alcoholic who has been sober for ten years is fooling himself to think he can walk into a bar and still not feel the tug of the addiction and the temptation for just a sip. I’m convinced that some in ministry feel they are so “spiritual” that they are beyond temptation and they drop their defenses. Do we need to mention Jimmy Swaggart, Jim Bakker or King David?  The lust of the eyes is a powerful narcotic that can fool the strongest to think they can have just a taste without doing any damage. We need not look any further than the Apostle Paul, the inspired author of most of our New Testament as he lamented that even he was vulnerable to temptation. Our own unrighteous nature should always be a sobering reminder to be on alert against the one who knows how to attract us most.

If anything of comments I read is true it’s that God indeed hates divorce.  He hates anything that results in the destruction of our relationship to Him and He hates anything that causes His children unnecessary pain. There’s nothing more hurtful than broken trust between a husband and wife and nothing that takes more time to heal from than the injury of rejection.  And as someone engaged in visible church ministry, I can assure you there is certainly nothing more distracting. The only thing worse than battling your own demons of failure is trying to dodge the stones being cast by those you have blessed previously.  The Houghtons and those like them deserve our compassion and our prayerful support as they enter their season of restoration. If you’ve never been there, you would not want to walk a mile in the same shoes-trust me on this.