A recent article published in USA Today states that active hate groups are at the highest level in the last twenty years. Organizations that have been identified as Hate Groups have climbed from 784 in 2014 to over 1,000 in 2018, and is up over 7% just in the last year.  This number is not limited to white groups but includes among others, white supremacists, neo-Nazis, black nationalists and neo-confederate groups.  What is particularly sad, however, is that many religious organizations have been labeled among these hate groups right along side of the Ku Klux Klan or American Nazis.  This label may be misleading as for most civil activist police, any group that shows any intolerance toward another group is deemed a hate group.  The unanswered question is this; have these identified hate groups actually increased in number over the past few years, or has a season and atmosphere of hatred and bigotry simply empowered already existing groups to become more vocal and public?  Why the sudden uproar in exposure and boldness?

Even as I write these observations I know how critical it is that I choose my words carefully lest I too be labeled a hater.  We have evolved into a society where anything and everything goes, and anyone who questions current trends from any conservative or traditional perspective is caught up in the widely cast net of intolerant haters.  Our world is changing, morality is evolving, standards are being broken and liberal progression is leaving many behind in its wake.  There seems to be little common ground for those who wish to remain neutral as more and more people are falling into one of two categories, extremist right wing or socialist left liberal, sharply divided like the partisan leadership we have flippantly elected to oversee our affairs and tell us how we ought to live, albeit not by exemplary lifestyles they live out.

The targets of hateful aggression is growing longer each year. You don’t have to search very hard to find a hate group to fit into.  We are currently hating on blacks, whites, Jews, Muslims, gays, transgenders, Republicans, Democrats, Trump, Pelosi, the church, the atheists, Catholics, Baptists, Hannity, Farrakhan-the list is exhaustive.  It doesn’t really matter if you are from the confederate south or the Yankee regions of the north, the Bible belt Midwest of the socialist state of California-there is something for everyone, a plethora of hate groups to call your own.  What a sad and horrible state of affairs!

Those who choose to harbor hatred or intolerance may never be eradicated from society-it’s been over two hundred years and America still accommodates hate.  That being the case, it is imperative that those of us who practice love and charity become as vocal and empowered in spreading light as those who prefer darkness.  We are each presented each day with opportunities to display and express love, good will and blessings over those who are beaten down by societal and generational hatred.  With everything that has changed over the past decades, we possess a truth that remains a constant, a plumb line and a guide for loving on others.  We have the Bible, the written Word, and even though many of today’s haters attempt to point to the Bible as a source of hatred, the fact is irrefutable that it remains a standard of unconditional love and sacrifice.  However it remains useless and ineffective unless we live out its principles in every day life as a weapon against the evils of hatred, bigotry and intolerance we face in our world.  And unlike the mixed messages from even some religious groups, the Bible is black and white on the subject of love and hate:

1 John 3; “Anyone who hates their brother or sister is guilty of murder”

1 John 2: “Anyone who claims to walk in light but has hatred is actually walking in darkness”

John 13; “A new commandment-love one another, just as I have loved you”

Colossians 3; “Above all else, put on love which brings everything together in harmony”

Ephesians 4; “With humility and gentleness, accompanied by patience, love each other’

Luke 6; “Love your enemies, expecting nothing in return”

Romans 13; “Be in debt to  no one, except for the unpayable debt of love, fulfilling the commands”

We who claim to walk in the light of the Word can not blindly ignore what has been written and left on our behalf. Believers are quick to get caught up in controversial issues like immigration, partisan politics, senseless arguments and debates over things that have no real eternal consequences in our lives, as if we take leave of the fact that our citizenship is not Earthly but Heavenly, and that our welfare is dependent upon God’s provisions, not current administration policy.  Hatred is a byproduct of fear, and believers should have nothing to fear from anyone or anything in this life.  and when we lose sight of this, we become just another lamb being led with the flock by the current trends, losing our light and identity in Christ.  Each time I hear of  more hate crimes, or read posts on social media touting the latest hate du jour of the day, my stomach turns as we can and should be so much better than this.  Our only hope is to be points of light in the dark confines in which we may find ourselves so that through our love and genuine concerns we can refocus the light away from hatred and toward Christ, who is forever the ultimate definition of love. 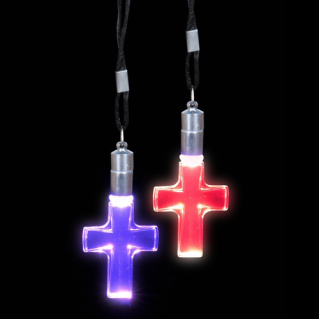 Tomorrow many will head to their local polling places to exercise their right to vote for the candidates of their choice.  In the political arena the colors red and blue have been used to indicate left-leaning or right-leaning voters, and on maps, showing Republican vs. Democratic States during election coverage.  However, it is my humble observation that the church will walk away from this unprecedented election as both red and blue, i.e. bloodied and bruised.

I am grateful that God allows His kids to be unique, to have differing experiences that shape their life long beliefs and philosophies when it comes to certain issues.  God forbid we were all cookie-cutter church droids void of any diversity.  We can have different tastes in worship styles, in dress, in practice and traditions and within limited context we can even have differing views on Biblical topics like tongues or the tribulation, so long as we accept opposing views with respect and humility.  With that said, I am deeply troubled at how social media has applied a magnifying glass to the existing vile and bitterness exchanged within the church when it comes to a civil election.  We can peacefully agree to disagree on tongues or prophesy and call it different takes but when it comes to secular politics, opposing views are tantamount to creating enemy lines.  The passion and the angst we should hold for the Kingdom of Christ is perverted and exploited to “ungodly” levels as we label and in fact view each other not as eternal siblings but as red or blue, left or right, conservative or liberal, and even in some cases, “real” Christians or disingenuous believers.  We invoke God and His will or His sovereignty into the debates when in fact the God I know would have little to do with such petty grievances as secular politics.  Whether one views voting as a Christian obligation or abstaining as a preferable option, both have been demonized and regardless of the outcome of this election, there will be brothers and sisters of the faith left battled and bruised, red and blue.

Many have been duped by those who bastardize Holy Scripture to support a political stance. The “God sets up Kings” and the “God establishes governing rulers” crowds have not only used improper exegesis in interpretation, they have “exorcised Jesus” “straight out of context”.  There is not a single passage anywhere in the Word that advocates an obligation to exercise a secular civic right.  Thank God we live in a country where we can have a voice, but that choice should be individual, personal and most certainly not subject to ridicule by opposing siblings of the faith.  Conversely, the Holy Scriptures are plentiful in reference to how we are to treat each other with love in a spirit of unity that surpasses the limitations of fleeting time in a temporal world.

Romans 14:19, “pursue things which make for peace and building up of one another…”

1 Peter 3:8, “…be harmonious, sympathetic, brotherly, kind-hearted with a humble spirit…”

Eph. 4:3, “…being diligent to preserve the unity of the Spirit in the bond of peace…”

When the religious leaders came against Christ accusing Him of casting out demons by the power of Satan, He was quick to remind them that a house divided against itself is doomed. We can be peacefully divided when it comes to non-essential differences of opinion-you can love the Colts and hate the Pats, you can cheer on the Cubs and detest the Sox.  You can tithe by obligation or you can be a cheerful giver.  You can fast once a year or on a regular calendar. But any division or opposing view that causes one brother to look critically at another in light of just these few referenced passages alone goes against the grain of the totality of Christ’s teachings on peace, love, unity and humility.  We can’t be the light of the world if we are snuffing out each others candles.  When any light is diminished the result is an increase in the level of darkness. At that point we have failed our commission.

Most would say that tomorrow, Election Tuesday, is the most important day of this year. The result of the peoples’ preference and direction for the next four to eight years hinges on the outcome of the vote.  I might suggest however that for many believers, the following day, Wednesday, is actually the most important day of the year.  It is the day after the election that we as a church will be forced to look at not only the results of this race and the impact it will have on its citizens, but the aftermath and the damage done during the electoral process and the ramifications it will have on eternal relationships. I have to ask this with all sincerity-on that day when we are reunited with Christ in our forever home, how important will it be if you voted red or blue, if you abstained completely, if your good friends or even your family shared opposing social beliefs, or if your candidate won or lost? We hear the phrase “big picture” quite a bit.  But “big picture” should mean totally different things to believers vs. nonbelievers. To the church, this world is but a vacation stop, not our home.  Until we can see each other in the realm of eternity we will continue to take up arms against the political enemy in a secular war with no real winners but a host of losers.  This weekend I’ll  still be in church as always,  I’ll still buy food when I run out, I’ll still be able to post my opinions, popular or not, and I’ll still have a loving Father who will sustain me as He has before when “my guy” didn’t win.  And I won’t be moving to Canada. My prayer is that we will embrace our rights to have a voice but that our love for each other will “Trump” any temporary and insignificant civil situation we find ourselves in, with the understanding that we serve an eternal leader who has already won and one who can never be voted out of office.

God bless our country and heal our land but more importantly, let our rule of law be the debt to love our brother, which can never be fully paid.