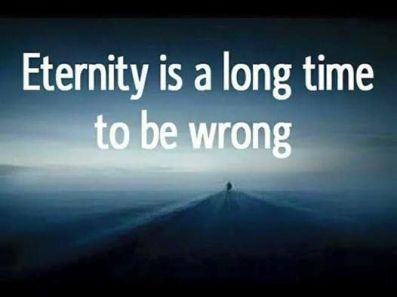 2 thoughts on “The Eternal Consequences of Denial”